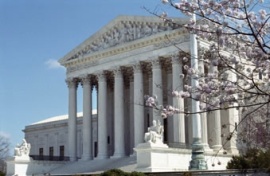 Many Christians who believe the traditional teaching that hell is a place of endless conscious torment also say they don’t like the idea. They think it is unjust. Michael King recently wrestled with the reality of hell and ended up sticking with the traditional view. However, he confessed: “My heart didn’t want this to be true (and, honestly, still doesn’t), but my head knew the Bible meant what it said.”

The idea that our sense of justice is inferior to God’s is a good, humble, and right idea. The Bible says God’s ways are not our ways. I completely agree with my brothers and sisters who assert that God’s view of the world is much better than ours.

When Christians read the Bible through the lens of tradition and end up thinking that God will torture some people forever in hell, some attribute their negative feelings to an underdeveloped sense of justice. They reason, “Since I don’t understand things like God does, it must be right for God to do this even though it seems unjust to me.” Their humility and respect for God is admirable, but the burden they carry under the injustice of this doctrine remains.

Imagine the liberation you might feel when you learn how to allow the Bible to interpret itself and find that God’s plan for the wicked is an endless capital punishment where they “are no more!” Once you see that God actually does punish evil people “according to their deeds,” you can appreciate God’s sense of justice once again.

While God’s ways are certainly higher than ours, He still teaches us to learn of his justice, and then commands us to do justice like He does. The justice he requires of us has limits; the punishment fits the crime. It is fair. He forbids us to be unjust to the poor, to orphans or widows or anyone who cannot defend themselves. Look at these commands:

God had high standards for justice in the establishment of Israel. He expected justice to be fair, right, and limited. In fact, he expected a judge to preside over a punishment to make sure it would not be more than deserved.

Deuteronomy 25:1-3: If there is a dispute between men and they go to court, and the judges decide their case, and they justify the righteous and condemn the wicked, then it shall be if the wicked man deserves to be beaten, the judge shall then make him lie down and be beaten in his presence with the number of stripes according to his guilt. He may beat him forty times but no more, so that he does not beat him with many more stripes than these and your brother is not degraded in your eyes.

In Genesis 18:25, Abraham dares to question God’s justice after hearing the plan to destroy Sodom and Gomorrah. In the conversation that follows, it is clear that Abraham’s sense of justice is approved by God, because God agrees with Abraham’s request.

These and many other examples show that God expects us to learn what justice is and to pursue justice in the world. In fact, most Christians recognize that the American system of government itself was founded on Biblical concepts like true justice. If God expects us to apply justice in this world, doesn’t it make sense that He would expect us to appreciate His final justice for the wicked in the next?

Among all the reasons for rejecting the doctrine of endless conscious torment, I think the Bible’s own definition of justice is most significant. We find the idea of infinite torment for evil done in a finite life unjust—not because we misunderstand God, but because the Bible teaches a limited, fair, and right standard of justice that we are also expected to uphold.

My reading friend, thank you for taking the time to consider these ideas. My desire is to uphold the Bible while removing a huge barrier from non-believers who won’t embrace a faith in Jesus Christ because of the unjust traditional teaching about hell. Lord, please help us to remove any false teaching that discourages the lost from embracing Your love.

Author of [Un]Intentional: How Screens Secretly Shape Your Desires, and How You Can Break Free: https://www.amazon.com/dp/1625861966/. View all posts by Doug Smith